You are in:
Home» The PSPs» Sexual Violence
logincreate account 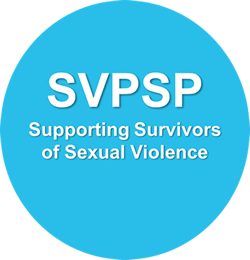 Survivors of sexual violence and abuse can struggle with many physical and mental health problems as a result of what happened to them. Despite this, sexual violence remains an under-researched area, and this is especially true in relation to research that could address the varied short and long-term needs of survivors.

The Sexual Violence Priority Setting Partnership (SVPSP) was the first initiative to identify urgent research priorities related to the health and social care needs of survivors of sexual violence and abuse. Unlike other James Lind Alliance PSPs, the SVPSP was the first PSP with a focus that is not a specific medical problem, and also the first PSP to have been significantly supported via crowdfunded donations.

The Sexual Violence PSP Top 10 was published in July 2022.

The video below is a recording of the webinar to launch the Sexual Violence JLA PSP priorities in June 2022.

See news from this PSP: September 2020