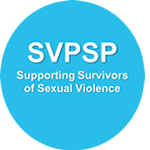 We'd like to thank Lowri Marsh*, Elizabeth Yule*, Dr Rabiya Majeed and Dr Filippo Varese for sharing their experience of using crowdfunding to support fund raising for the Sexual Violence JLA Priority Setting Partnership (SVPSP) and describing the benefits and challenges of the process.

Why did we have to crowdfund?

It is unusual for a PSP to be funded through crowdfunding. Many PSPs are traditionally funded by charities for the associated medical conditions. There is no large national UK charity that specifically supports projects related to sexual violence or sexual abuse; our funding options were therefore limited. This limited funding for projects within sexual violence is one reason for doing the SVPSP in the first place. It is important that available resources are used for research that is most valued by survivors themselves.

Half of the PSP was already funded through contributions from the University of Manchester and Manchester University NHS Foundation Trust. However, in order to go ahead we still needed approximately £8000.

Get advice from crowdfunding experts

The team was initially apprehensive about using crowdfunding. It was not something any of us had any previous experience of using. We were all aware of crowdfunding, but associated it with people running marathons to raise money for charities. We decided to meet with the University of Manchester’s crowdfunding team for some expert advice and reassurance. They were excited by the project and were positive that it could be very successful if planned and managed carefully.

Think carefully about the timing of the crowdfunding campaign

There is a 12 week limit for crowdfunding set by Hubbub (The University of Manchester’s crowdfunding platform that we used to raise the funds). The team at UoM explained that they see trends in donations, and we should think carefully about the timing of our crowdfunding campaign. Successful projects often have a peak in donations at the start. The donations then come in waves and then there is typically another peak towards the end. We had the added complication of Christmas being in our 12-week timeframe. People are often generous at this time of year, so we knew this could work in our favour. However we also knew that we would struggle for donations throughout January, as this can be a financially tricky time for many donors. Money would only be taken out of the donor accounts at the end of the 12 weeks (if the project has reached its target). We therefore planned for the crowdfunding to end in the first week of February.

Check the crowdfunding options of the platform you are using

Many crowdfunding platforms have specific rules regarding what will happen if the funding target is not reached. In our case, the UoM crowdfunding team explained to us that there are two options when crowdfunding using Hubbub, each with some benefits but also some drawbacks. The first option is a higher risk “all-or-nothing” strategy. If you don't reach the target you receive zero funds. However, this strategy focuses the donors’ attention on the importance of reaching a specific target. The second option is a safer strategy. You receive all the money raised, even if the target is not reached. There is an important drawback of this strategy. The project needs to be delivered even if the funding target is not reached, which would have caused a considerable problem in our case. Following the advice of the crowdfunding team, we decided to go for the all-or-nothing approach. This of course added pressure.

Involve people with lived experience right from the start

It is important to have an engaging and persuasive pitch for your crowdfunding page. We made the decision to involve a survivor with lived experience at this stage. Eleanor Longden (a survivor, activist and NHS researcher) has been a member of the core PSP team since the start. She kindly and bravely put herself out there to film a video that would help promote the SVPSP. The video was more powerful coming from a survivor and it promoted the importance of survivor involvement from the very start.

Plan a communication and promotion strategy

The crowdfunding team advised us that creating a communication plan before the campaign goes live would be essential for success. First, we set up our social media accounts (Twitter and Facebook). We started by following people and organisations who we thought would be interested in the SVPSP. Once we had gained a following, we began to promote the SVPSP and our imminent crowdfunding campaign.

Secondly, we made a spreadsheet of relevant contacts and organisations using our networks. We drafted an email promoting the SVPSP and the crowdfunding, and created a schedule of when we would reach out to each contact.

When the campaign goes live

We put our communication plan into action. We emailed our contacts, and we shared the crowdfunding link regularly on social media. We provided regular updates about the project, and the progress of the campaign.

After just 4 days we had already raised over 10% of our target, and this progress continued for the next week. After 12 days, we had raised 20% of our target. The crowdfunding team highlighted that this initial peak in donations was a positive sign. Donations ranged hugely from £1 to £500. By this point we had received two £500 donations, which made up a huge proportion of the money raised so far. This was of course encouraging, but we were unsure if we would continue to see these large donations.

Over the next week there was only a slight increase in our total, and activity seemed to be flattening out. We continued to promote the campaign through networks and social media, and hoped that this would help generate donations.

At this point, we received a message via Twitter from a researcher at the University of Birmingham, making us aware of some funding they were looking to allocate. This was hugely encouraging, however we continued to promote the crowdfunding until this funding was confirmed.

Over the next three weeks, whilst waiting to hear back about this funding, we only saw a couple of small donations. However, on a positive note, a number of people reached out to us over twitter asking how else they could be involved and showing their interest in the project. It was encouraging to see that so many people supported the SVPSP. These connections were extremely useful once the PSP was funded and helped shape our steering group and partnerships.

Overall our project had 25 donors.

It is clear that the reason for reaching our target was through the funding from the University of Birmingham. It is of course hard to know if we would have reached our target without this funding.  After 12 days we were receiving very few donations and seeing very little activity. There is therefore a high possibility that we would have really struggled to reach our overall target through individual donations alone. However, it is important to point out that once we heard that we were likely to receive the funding, we reduced/stopped the promotion of the crowdfunding page – we may have received more donations later on if we had continued.

Advice for other PSPs

If other PSPs are struggling for funding, then the SVPSP has shown that crowdfunding could be an option.  It may however be challenging to raise large amounts of funds in this way.

You can still view our crowdfunding page here.