You are in:
Home» The PSPs» Progressive Pulmonary Fibrosis
logincreate account

The notion of the Progressive Pulmonary Fibrosis JLA PSP was originally developed by Professor Gisli Jenkins and supported by leading national charity Action for Pulmonary Fibrosis. Progressive pulmonary fibrosis represents the chronic evolution of a series of rare pulmonary conditions, commonly known as interstitial lung diseases (ILDs). They include idiopathic pulmonary fibrosis, non-specific interstitial pneumonia, chronic hypersensitivity pneumonitis, unclassifiable ILD, connective tissue disease-associated ILD, sarcoidosis, and occupational disease related ILD. These diseases are often underdiagnosed, and their exact prevalence is not known. Idiopathic pulmonary fibrosis, the best known among the ILDs, is estimated to affect around 32,500 people in the UK, while sarcoidosis around 6,600.

The aim of the progressive pulmonary fibrosis PSP was to identify the unanswered questions about progressive pulmonary fibrosis, from patient, carer and clinical perspectives, and then prioritise those that patients, carers and clinicians agree are the most important for research to address. The scope included questions about diagnosis, and also treatment and management of the disease (daily living at every stage) before and after the diagnosis.

The Progressive Pulmonary Fibrosis PSP Top 10 was published in June 2022.

The image below shows the PSP Steering Group at their first meeting on 22 October 2020. 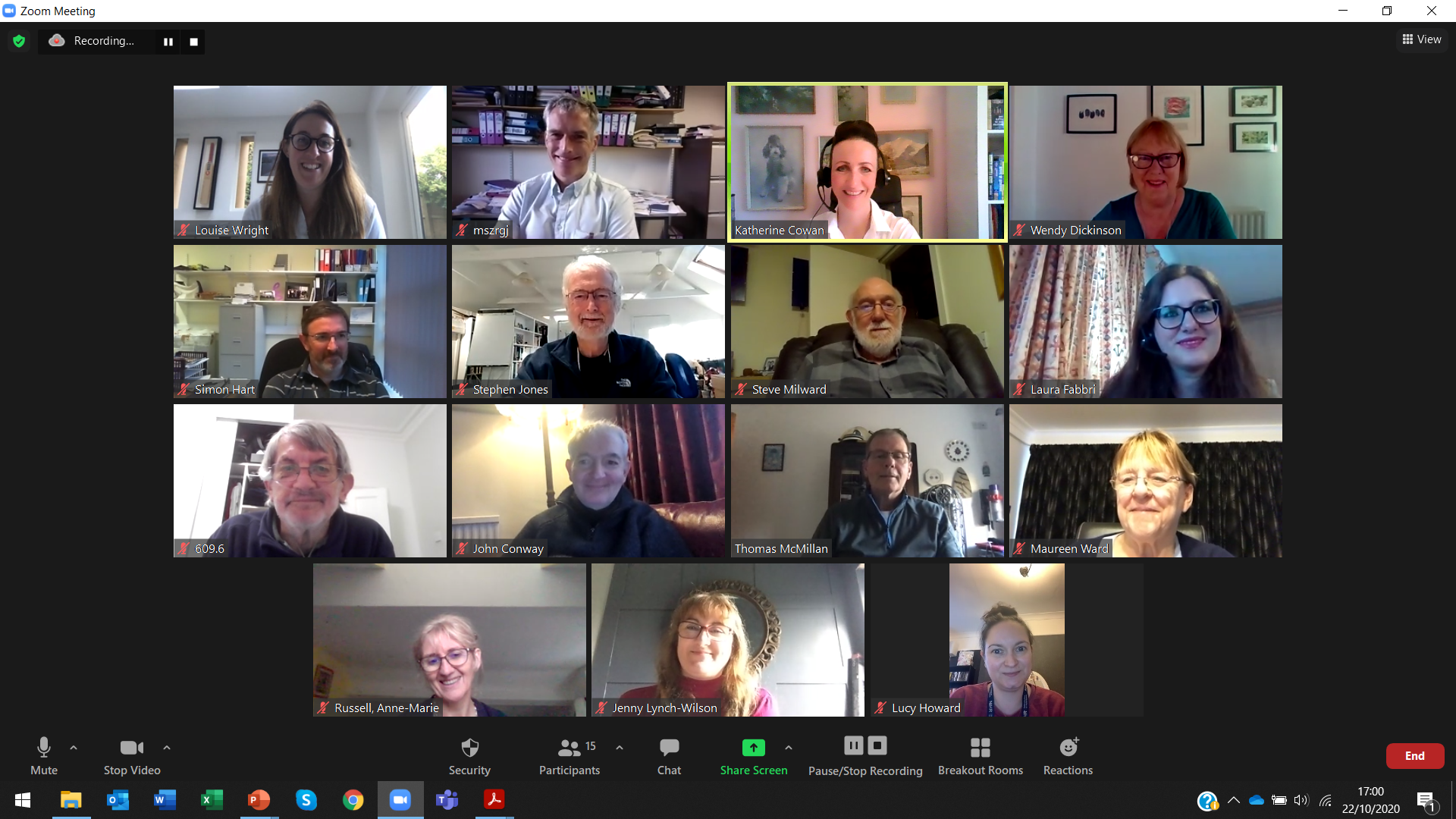