You are in:
Home/ News and Publications/ Tweeting and Priority Setting Partnerships
logincreate account 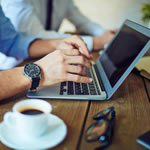 Increasingly, social media is being seen as a key route to encouraging people to get involved with Priority Setting Partnership (PSP) activities. Whether they are the people with a health condition or issue, their family or friends, or one of the many types of professional who support and treat, many of the key folk a PSP wants to reach will have a Twitter account, be on Facebook, or use other social media that I have probably never even heard of!

PSPs need to let their partners and the public know different things at different times. For example, when the first survey is open to collect uncertainties, and when it’s going to close; when the second survey is available for voting; what’s going on behind the scenes when the survey data is being analysed; when the final workshop is going to take place, and when the results are available. Sometimes it’s hard for busy people in partner organisations to post a weblink to a PSP, or include something in a Newsletter – it may be much easier for them to do a quick retweet to their followers. And who knows how far the reach of such a tweet might be? I recently looked at the statistics on one of my tweets targeted at two professional organisations – it seems it made 1400 impressions! Wow I thought, that’s amazing – however, it seems it only “engaged” 15 people, with 6 retweets, 5 profile clicks, 2 link clicks, 1 like, and 1 reply.

This made me wonder just how many people ended up contributing their questions to that particular PSP survey as a result of that tweet. Well, looking at the survey data for both those types of professional, I can tell you – not very many! It got me wondering what PSPs can do to make Twitter really work for them.

Katherine Cowan (@Katherine_JLA) wrote a Newsletter piece on using Twitter for the JLA in 2012, and there are some very useful tips in there. Since then, individual PSPs have used twitter to varying degrees with some setting up their own profiles, using hashtags consistently, and preparing tweet sheets for Steering Group members to use.

So, is a social media strategy in general, and tweeting in particular, a good thing for a PSP to do? What makes tweeting successful? How do we know if it is? Should a PSP spend time and effort setting up and managing its own Twitter profile, or rely on individuals’ own networks? How much time is really needed to build the right following and develop conversations in order to reach the right target audiences? Does it make a difference who is tweeting? In short – what are the top tips for successful tweeting for a PSP to consider?

Here are some examples that go some way towards answering some of these questions, but please do also share your experiences and tips on Twitter using the hashtag #lindalliance.

Autistica’s use of social media for the Autism PSP

As a relatively small organisation trying to represent a very large community with extremely diverse views on research we found social media invaluable throughout the Autism PSP.

We had a ready-made audience of our own who were small but already receptive to autism research, so they were a good base to share the survey. All of our partner organisations had accounts too, some, such as the Royal Colleges with very large audiences which allowed us to have a far wider reach. To ensure everyone was ‘on message’ we produced a communication guide document for both the survey launch and the announcement of the Top 10. This gave a quick overview of the project and suggested tweets, so even the least engaged of organisations had an easy way to participate.

We did some brief research in advance of the launch to identify the key players talking about autism research on Twitter and made contact with these in advance of the launch with the guide, and used relevant members of Autistica’s team to do this, e.g. our Director of Science approached eminent scientists and our Chief Executive contacted organisational leaders. So communication off social media was equally as important to build up a group of influential people to carry the project forward on Twitter.

In May we announced the Top 10 individually, from number 10 to number 1, at half hourly intervals on both Facebook and Twitter. This built up a level of anticipation for the number one, encouraged followers, and allowed for discussion of each question. Peak engagement for social media is between 1 and 4pm so we hit that ‘sweet spot’ starting the countdown at 10am. Our partners were extremely supportive with retweets and joining in the conversation.

I think social media is a valuable tool for PSPs. It allows you to target underrepresented groups, and can create a real buzz around the priority setting process at no cost, and very little output if you have the right partners on board. We’ve seen a definite increase in followers and being seen to listen to individuals’ priorities has really boosted our reputation within the autism community.

The Common Conditions Affecting the Hand and Wrist PSP

The Common Conditions Affecting the Hand and Wrist PSP faces a unique challenge due to its broad scope. Whilst the British Society for Surgery of the Hand (BSSH) is a close knit sub-specialty society that fully supports the PSP, hand surgeons can be trained by two parent specialties - plastic and orthopaedic surgery. Thus surgeons and allied professionals who operate on the hand may not be members of the BSSH. Additionally, there are few patient support groups who solely focus on hand and wrist complaints, potentially hampering patient engagement.

The BSSH JLA Twitter feed was launched with the PSP itself, preceding the launch of the surveys by approximately 6 months. A LinkedIn page specifically focused on the PSP was launched at the same time, linked to my own personal profile, with just over 300 connections.

The initial stages of the process were to attract attention to the PSP pages. Posts and individual invites were sent out using Linkedin. In parallel, a number of "follows" were made through the Twitter account. These invites resulted in just over 20 acceptances for the LinkedIn group and just over 35 Twitter followers - not numbers that seemed likely to deliver the desired results.

However, social media success does not necessarily require large numbers of followers. Instead it merely needs someone who does have a large number of followers to retweet, like or thumbs up your message. In Twitter this is best achieved by including the Twitter handle (for example @BSSH_JLA) within the body of the tweet. This ensures that the owner of the Twitter handle is directly notified of your message and it's then just a simple click away from reaching the masses!

By using a bit.ly short address it has been possible to track the origins of some of the traffic through the official PSP web pages. Whilst 65% of the traffic is so-called "dark traffic", implying that the web address has either been typed into the address bar or clicked from a non-trackable source, 25% of the traffic has come directly from Twitter. Despite having a significant following of individuals interested in the hand (hand surgeons and therapists), less than 5% of the traffic to date has come via LinkedIn. Spikes in web visits have accompanied the retweets by Twitter users with high numbers. However, it remains to be seen how many of the website visits translate into completed surveys and when this data is analysed how much traffic has come via social media.

Experience with, and since, the Pressure Ulcer PSP

Now a JLA Adviser, I started my JLA journey as coordinator for the Pressure Ulcer PSP. This was in 2015 when Twitter was new to me, but I could see the possibilities for the PSP in using both Twitter and Facebook to communicate with health professionals as well as patient/public groups. I set up accounts in the PSP name, and spent a lot of time mapping who to follow and checking their links to find others to follow. I soon found that it was quite unrewarding for followers to simply repeat messages such as “the survey is live!” and “do the survey!” so I invested time and effort into building dialogue and relationships, through re-tweeting interesting articles of relevance to the community. I am so glad that we did this – we found a whole community of individuals who we would not have reached otherwise. 180 people took our online survey from 344 website visits, which they came to undoubtedly significantly because of our Twitter activity. We also made links with the nursing population this way, and had an editorial published in the Nursing Times as a result. For me, the difference between using Twitter and not using it is the difference between success and failure.

I’ve now worked with a number of PSPs as an Adviser, and have seen that the impact is greater when the PSP sets up a dedicated Twitter account, and has one individual responsible for Tweeting, rather than developing a hashtag and having multiple people tweet. The dedicated account allows for the development of relationships in a way that using a hashtag doesn’t. In some health areas there is a large third sector presence on Twitter, and having an identity helps them to see who they are engaging with. Also, some organisations don’t have the remit to tweet messages on behalf of others, so using a dedicated PSP account allows access to their followers through their re-tweeting whereas using a hashtag wouldn’t.

Twitter allows for a more nimble call to action than Facebook or other social media; the power is in the re-tweet potential: you never know how far your message is going to go. There’s no doubt that it is time-intensive; it may not always be easy to see whether tweeting has resulted in survey responses (although, of course, the survey could include a section on “How did you hear about this”) and those that respond may not be entirely representative of your target patient group. However, survey numbers are not the only outcome; for example, tweeting builds reputation among members of the public, funders and other stakeholders and the power of this should not be under estimated.

I would definitely recommend that PSPs find a way to set up a dedicated Twitter account and have someone focus on that activity. There are a lot of challenging aspects to working with Twitter (particularly the time that you need to invest), but even though PSP topics are serious, it offers the opportunity to find a more light-hearted, fun, and direct approach to engagement.