You are in:
Home/ News and Publications/ You said, we did: How the Cystic Fibrosis priorities have been addressed since they were agreed in 2017
logincreate account

You said, we did: How the Cystic Fibrosis priorities have been addressed since they were agreed in 2017 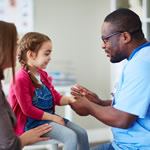 Around five years ago, QuestionCF a pioneering research project involving the Cystic Fibrosis Trust, researchers at the University of Nottingham and people with cystic fibrosis (CF) and their families worked together to find out ‘What questions on CF would you like to see answered by research?’. The project was facilitated by the James Lind Alliance, a non-profit making initiative bringing patients, carers and clinicians together to identify and prioritise the Top 10 health priorities that they agree are the most important for research to address.

Over 500 people from the CF community, including people with CF, carers and clinical teams, got in touch to tell us about the questions that mattered to them. From over a thousand suggestions, the community’s top 10 health priorities were identified and published.

For funders and researchers alike, this list of priorities became one of the ‘guiding principles’ in deciding which areas of CF to focus on. The Cystic Fibrosis Trust alone has provided over £10 million of research funding to address these priorities, leveraging an additional £13 million of co-funding from other research funders.

“The views and opinions given by over 500 people in the CF community and CF teams have been listened to, and they have made a difference. Below we’ve highlighted a few examples of the research underway and progress already being made to address these priorities,” said Dr Lucy Allen, the Cystic Fibrosis Trust’s Director of Research.

Many people who took part in the QuestionCF surveys wanted to reduce treatment burden. The most highly prioritised research question was ‘What are the effective ways of simplifying the treatment burden of people with CF’.

The recently opened CF STORM clinical trial is funded by National Institute for Health Research (NIHR) with support from the Cystic Fibrosis Trust. The trial will find out whether mucoactive nebulisers (such as hypertonic saline and dornase alfa) can be stopped, once people start the CFTR modulator, Kaftrio. Led by Professor Kevin Southern at the University of Liverpool and Dr Gwyneth Davies at UCL Great Ormond Street Institute of Child Health, the study was designed as a direct result of wanting to simplify treatment burden. In this video, Dr Davies, explains the background to the trial.

Together with partners at Magic Bullet, people with CF, researchers and clinicians across the UK, led by Professor Andres Floto at University of Cambridge, are testing whether a newly developed digital health app ‘Project Breathe’ can safely and effectively change how CF care is managed. The study, funded by the CF Foundation in the United States, is evaluating whether it is safe to change some care appointments to virtual visits and tailoring the focus of in-person clinic visits. This should reduce the burden of CF treatment, inconvenience and time management for patients attending clinics. Mark Edwards is taking part in the study and shared his thoughts at the Cystic Fibrosis Trust's 2019 UK CF Conference.

The best ways to keep people physically active, including motivation or barriers to doing exercise, was a key part of the Cystic Fibrosis Trust’s Physical Exercise Strategic Research Centre (SRC) led by Professor Craig Williams at the University of Exeter.

Symptoms and complications of CF

The question ‘How can we relieve gastro-intestinal (GI) symptoms, such as stomach pain, bloating and nausea in people with CF?’ came up as the second highest research priority. Two thirds of people who took part in a follow-up research study at the University of Nottingham, funded by the Cystic Fibrosis Trust, said that they had missed school or work due to their GI symptoms related to CF.

Currently, little is known about how the physiological and biochemical changes within the intestines lead to these symptoms.

In the lab, the Cystic Fibrosis Trust is funding a Strategic Research Centre (SRC) led by Professor Soraya Shirazi-Beechey at the University of Liverpool. The SRC is exploring whether a type of medicine used for other conditions may be beneficial for the treatment of severe blockages in the intestines which can occur in people with CF, known as Distal Intestinal Obstructive Syndrome (DIOS).

A ‘Gut Imaging for Function and Transit’ (GIFT-CF) research programme led by Professor Alan Smyth and colleagues at the University of Nottingham, has uncovered differences in how food passes through the gut in people with CF. These results may explain why the gut symptoms experienced by people with CF develop. The Cystic Fibrosis Trust is one of a consortium of funders of this research, including the CF Foundation in the United States and Vertex Pharmaceuticals. The next step for this research study is to use this information to design new treatments.

You can read more about these studies in the CF Trust's report Research in focus on gut symptoms report published in June 2021.

Lung health and treatments for NTM and Pseudomonas aeruginosa

Half of the top 10 health priorities identified by the CF community were related to lung health. These included how to prevent lung disease in early life, how to treat flare-ups of poor lung health (known as exacerbations), reducing the side effects of antibiotics and questions regarding better treatments for specific lung infections, such as non-tuberculous mycobacterium (NTM) and Pseudomonas aeuruginosa.

Detection and effective treatments for lung infections in people with CF will contribute to the prevention of lung disease in early life. However, it can be difficult to detect the presence of infection in young children as they have few symptoms (for example, they don’t cough up any sputum) and techniques to investigate their lung health can be invasive or inaccurate. Together with the Engineering and Physical Sciences Research Council (EPSRC), the Cystic Fibrosis Trust is co-funding research at the Royal Brompton Hospital, led by Professor Jane Davies and Professor Grant Ritchie at Oxford University, to develop more accurate ways of measuring lung health in children, enabling early treatment to prevent or minimise any lung damage.

Treatment for NTM infections in CF is prolonged, has side effects and may not be effective. One area of focus within the UK CF Innovation Hub at the University of Cambridge is to develop new medicines for the treatment of NTM. The global FORMAT trial has recently been funded by the CF Foundation and other partners to generate evidence to guide the treatment of these infections. There are plans to open in the UK shortly.

Looking to the future

Much of this research is still ongoing and due to the nature of medical research it may take some years for the results of this work to be seen as making a real difference for people with cystic fibrosis.

However, we are aware that a lot has changed for many people with CF in the last year, such as access to Kaftrio, changes in the provision of care and also delivery of research, due to the COVID pandemic, which we are likely to see the effects of for some time. In light of this, in the New Year we will once again be turning to the CF community and CF professionals and asking, ‘how have your research priorities changed?’.

Zoë Elliott, mother of two children with CF has been actively involved in research in Nottingham and was a member of the original steering group for identifying these priorities. She said,

“I’m delighted to see that so much research is being funded towards answering these priorities: answers which will create tangible, day-to-day differences, not just for people with the condition, but for their loved ones and their families in years to come.

“Since the first survey, my children are older, and Kaftrio and the pandemic have changed how we live with CF. It’s time to look again and see if we need to refocus those priorities.”

In the New Year, The Cystic Fibrosis Trust will be supporting the QuestionCF team to promote the new surveys. This is a valuable opportunity for everyone with a personal or professional link to CF to get involved. To find out more about the ‘Question CF Priority refresh’ project before then, please visit the project website.

This article lists some examples of research studies inspired and informed by the Question CF top 10 research priorities. If you have other examples of QuestionCF-inspired studies, please share them with us – on social media on #QuestionCF or by emailing researchimpact@cysticfibrosis.org.uk.

If you have examples of research that was started before the Question CF top 10 research priorities were published, but which was already addressing some of the priorities within that top 10, please also let us know.  We're keen to hear from you and to find out how the priorities are being addressed.