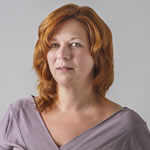 The Type 2 Diabetes Priority Setting Partnership (T2D PSP) has just announced its top 10 priorities. With input from over 4000 people who submitted over 8000 ideas for research, this has been one of the JLA’s larger PSPs. As their involvement on the project comes to an end, Steering Group members reflect on the experience from their individual perspectives.

I have been a patient/volunteer with Diabetes UK for almost 10 years and involved in quite a few activities. It was a surprise and delight to be invited to be a member of the T2D PSP Steering Group. There were a number of things I liked about the project. I appreciated having an early phone discussion with Anna Morris at Diabetes UK, who I already knew, about what membership would involve. The first meeting paid a lot of attention to the overall plan and agreeing the scope and roles. The JLA coordinator played a key role from the start in ensuring a culture where everyone was given an opportunity to be heard. While the Steering Group did do the ‘steering’ it was fascinating to see how the Communications group worked to ensure the broadest possible participation in the surveys and final workshop. Although I have T2D, I learned a great deal about what T2D means for other people with T2D. It’s clear that people can have very different experiences and symptoms. I realised that I’m not an expert even at being a patient and there is tremendous value in discussion. This was an important piece of work with great potential for the many people affected directly by T2D or their carers and for those who may be at risk of developing T2D. It made the hard work over 18 months worthwhile. I am now looking forward to seeing the impact of the T2D PSP on research and hence the lives of so many people affected by T2D. It was good to have an assurance that we would be kept in touch with progress, rather than this being a ‘one-off’ exercise. If you get the opportunity of being involved in a future PSP as a Steering Group member do consider it seriously. Do pick up the phone and have a chat. The role does require attention to detail and persistence. At times there is a great deal of work to do against tight deadlines, so it’s important to be sure that you can set aside the time as everyone is depending on each other, whether patient volunteer, healthcare professional or charity staff members.

Andrew Farmer, Professor of General Practice at the University of Oxford and Associate General Practitioner at South Oxford Health Centre

My overwhelming impression was how willingly and efficiently this group took on responsibility for monitoring and guiding the PSP process. This reflects, I think the increasing maturity of wider processes for involving patents with research and the accumulation of respect for the vital role that patients and the public play in research. For example, the task of looking through the survey questions was really demanding, and yet the discussion of how to collate them was carried out in a sound and robust way. Clinicians offering interpretation around clinical meaning, but with the patient members ensuring that the clarity and meaning of the original questions was not lost. I think these questions genuinely reflect a wide consensus from patients and those caring for them. When it comes to public money, I think it is really important for researchers and funders to show how their work will advance answering these questions. My guess (and hope) is that much if not most of what is being done is already addressing these priorities, but setting out clearly and transparently a “pathway to impact” that focuses on these priorities can only increase engagement with research and ensure its relevance.

Being part of the Steering Group for the T2D PSP was a fantastic experience. As an academic working in T2D, I really believe in the power that research has to improve health, but as a clinician, I’m also very aware that research doesn’t always reach the areas of greatest importance to people living with, or at risk of the condition. So this PSP was a great opportunity to try and address this mismatch, and put focus on the research questions that really matter. The efforts of both Diabetes UK and the JLA, and our Steering Group, seemed to be a winning combination in getting this PSP off the ground and engaging so many patients, carers and clinicians in this partnership.  In particular, I think the PSP did really well to reach people from all corners of the UK, securing 18% of responses from Black, Asian and minority ethnic groups. For me, the real highlights of the PSP were seeing how enthusiastic people were to respond to the questionnaires, working closely with the brilliant team at Diabetes UK and steering group, and being an observer at the final workshop where the JLA advisors (Katherine Cowan and team) did an incredible job of getting us to the final ‘top 10’ using their amazing group facilitation skills.  I would strongly recommend that other clinicians and researchers get involved in PSPs in their areas of interest.

We decided to set up the Type 2 Priority Setting Partnership as we want to give people with diabetes, their carers and healthcare professionals a louder voice in research – what questions would they like scientists to answer? A similar exercise had previously been carried out for Type 1 diabetes and we believed it was important to do the same for Type 2 diabetes.  The experience has been phenomenal and I was blown away by the dedication shown by the JLA Advisors and steering group, right from the start, who have driven and guided the process throughout.  It has been both enjoyable as well as brain-achingly challenging and we wouldn’t have been able to achieve this without the knowledge, expertise and experience of all those involved in helping us to deliver the project. The top 10 research priorities will be embedded within some of the work we are doing within Diabetes UK, they will feed into the work of the newly developed diabetes Clinical Studies Groups to help set out a road map for diabetes research, and we’ll raise awareness of the final top 10 to researchers and organisations that fund diabetes research.

I found the whole experience of being a Steering Group member both interesting and stimulating. What made it work effectively for me was the JLA methodology, which had been tried and tested with many similar organisations to DUK. The skill of the JLA co-ordinators was really important – we had two (Katherine Cowan replaced Leanne Metcalf when she went on maternity leave) and both were massively experienced in facilitating the process. There was also excellent professional back up and commitment by Diabetes UK staff. I was struck by the egalitarian nature of the group.  Comprising medical professionals and Type 2 ‘lay’ members I felt that we all worked on an equal footing, respecting each others’ views and experience. Insightful remarks and suggestions were by no means confined to one group.  Given my passionate advocacy (in other quarters) of the importance of effective communication between health care professionals and patients I thought our work was pretty much a model of such behaviour.  Perhaps this also reflected the careful selection of group participants on the part of DUK. By far the toughest job was whittling down the multitude of questions which we did very efficiently in small sub groups. All in all it was a very enjoyable and constructive experience. I look forward to seeing how the agreed final list of priorities is adopted by researchers and other research funders.

I responded to the invite from Diabetes UK not really knowing exactly what would be involved in being a Steering Group member or where it would lead. It gave me many new opportunities. I met new people from different disciplines and also experienced new communications in telephone conferencing and email discussion, which at times moved at great speed. Throughout the whole process I just thought of myself as 'a mere person living with diabetes' but at no time throughout the whole process was I made to feel that my opinions did not matter. I felt the whole process was totally rewarding and a very enjoyable learning process for me personally. Thank you JLA & Diabetes UK.

To find out more about the Type 2 Diabetes Priority Setting Partnership, and to download the final report and results, click here.