You are in:
Home/ News and Publications/ The Womb Cancer PSP is asking for help to prioritise its list of unanswered questions
logincreate account 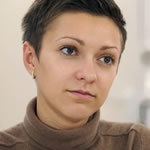 The Womb Cancer PSP completed an on line question-gathering survey at the end of May 2015. Nearly 800 responses were received from approximately 380 participants, of whom approximately half were patients or carers. Research questions identified during this survey were collated, sorted and checked to remove duplicates and ensure that they are genuinely unanswered.

We have drawn up a long list from the unanswered questions and the nation is being asked to rank them in order of importance in our online survey, open until 23 November 2015. The top ten will be established during a final priority setting workshop in December 2015. Workshop participants will include members of the Womb Cancer PSP and survey respondents who wish to be involved. Patients, their families and carers will be particularly welcome.

Endometrial (womb) cancer is rising in incidence and more women than ever before are now dying from the disease, despite improvements in overall survival.

Whatever the reasons might be, the consequences are undeniable. Lack of research means that few advances have been made in unpicking the biology of the disease, or in spearheading prevention, screening or targeted treatment strategies. We need to understand what causes endometrial cancer in the first place if we are to work out how we might prevent it, who we should screen and what treatments will be most effective. Advances in our understanding of endometrial cancer made through judicious, well designed, high quality research will lead to improvements in the clinical care of patients, which will ultimately save lives. In this emerging epidemic of endometrial cancer, where rates of the disease are escalating with no signs of slowing down, it is time to take action.

So please contribute to our online survey and help us to rank our list of unanswered questions in order of priority.  The survey is open until 23 November 2015.