You are in:
Home/ News and Publications/ The curious thing about research...
logincreate account

The curious thing about research... 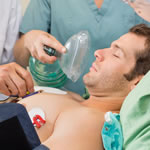 In 2016 I was invited to take part in a piece of research being carried out with the James Lind Alliance (JLA). The invitation came via a doctor from the A&E of my local hospital where I volunteer.

The piece of research was something called a Priority Setting Partnership (PSP).  I had never heard of the organisation or indeed the type of research they were inviting me to take part in.  In fact, this was my first introduction to the fascinating and relatively unknown world of health research.  Having said yes, I then attended an introductory meeting in London, hosted by the Royal College of Emergency Medicine, who, because it was emergency medicine specific, were providing the vital support needed to make this research happen.

It was good to meet the rest of the team and reassuring to know that amongst the clinicians and researchers, managers and facilitators, there were other members of the public, who like me were new to research.  What I found out was that the JLA have been facilitating PSPs for some time now, so the introductory meeting seemed well rehearsed, which made the transition from novice to team member all the more comfortable. Ample time was allowed for questions and none were treated as too naïve. The process of project managing what looked to me like a herculean task was neatly achieved.  Roles, responsibilities and deadlines were efficiently dealt with during our first meeting.

I want to return to something I mentioned earlier - the mix of people involved in the research group.  I was equally surprised and encouraged by the range of different people in the group and whilst I had imagined that doctors would be involved in research, what I hadn’t appreciated was that most of the research team, (nurses, doctors and other allied healthcare professionals), were researching alongside their day jobs!

The other thing that I came to recognise over the course of the PSP, was how much of this vital research relies on professional curiosity and goodwill to make it happen.  The next few months and the meetings (and virtual meetings) that followed, were awash with literature searches, debates on question parameters, plus a great deal of networking and cajoling of colleagues to get involved in the massive task of generating a body of important questions, that could then be boiled down to the top 10 research priorities the group was aiming for.

The group was drawn from across the UK, from Scotland down through the South East and across into the far South West, so virtual meetings using phones and screens became the norm.  Managing this as well as making it work efficiently was an art form in its own right, and yet the team managed to put out a call for questions, collect, sort and categorise them, remove duplicates and then discuss and make the first cut in the process of prioritisation with the minimum of fuss.  This process was repeated until we finally came up with the vital 10 questions.

Looking back over the course of the PSP project allows me to appreciate a number of things. Firstly, how alien the world of research is to the average UK citizen.  As a nation, we are amongst the most generous financial contributors to scientific research, particularly through high street collectors and activity sponsorships like walks, fun runs and bike rides, yet when asked, few of those same citizens know any details of how their contributions are utilised.  Secondly, research is an incredibly common activity amongst people who work within the health and social care sectors.

Alongside this, I have come to realise that a great deal of the research carried out in these fields is done as an adjunct to paid employment and is fuelled by scientific curiosity and a selfless desire to improve practice and outcomes. Finally, I recognise that all of this ongoing research activity is vital if the UK is to maintain its status as a renowned centre for health and social care research.  This in turn attracts the necessary funds from across the world that are needed to fuel and encourage the often groundbreaking research the UK has become known for.  I would certainly get involved again and would encourage people to take that first step. You’ll not be disappointed!

Douglas Findlay takes an active role in public and patient involvement, engagement and experience around the health and social care agenda.  He a Patient Leader at his local hospital and is involved with a number of primary and community based health organisations in and around Reading.  Douglas works alongside a wide range of different organisations across the Thames Valley, where he takes part in regional health policy discussions concerning NHS and social care services, academic health research and workforce development.

At a national level, Douglas consults with a number of academic and public bodies where he contributes to health research and health policy development.