You are in:
Home/ News and Publications/ Sally Crowe and Kristina Staley reflect on their recent evaluation of JLA PSPs
logincreate account 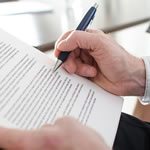 Success isn’t only about getting a priority research topic funded, as Sally and Kristina found to their surprise when they talked to a wide range of people with an interest in JLA PSPs (James Lind Alliance Priority Setting Partnerships). Taking part in a JLA PSP can also transform the people, the research culture and the organisations involved.

“I have seen with my own eyes the impacts of being involved in a JLA process when I have supported partnerships in the past.  When you create a space where everyone has an equal voice and contributes to making a shared decision, it can have a profound impact on the people involved. The patients we talked to told us they left the JLA workshops feeling ten feet taller. The boost to their confidence encouraged them to take on additional and greater involvement roles, or become patient leaders in their field. Similarly, the clinicians were frank in telling us that the experience had helped them reflect on their clinical practice. They had a greater understanding of their patients as people with lives, rather than the immediate focus of clinical symptoms.”

In many cases where medical charities have led a JLA PSP the organisation has been able to fundamentally change the way they work, to then fully respond to the outputs. It has changed the culture in the organisation to support a more collaborative approach, both internally between different departments, and externally across different organisations.  As Kristina described:

“Research is so often about competition, when working together could be so much more effective. We saw this time and again. One charity put out a call for researchers to help design a clinical trial, and instead of selecting from the 30 that applied, they encouraged the researchers to collaborate and pool their expertise. The project was successful and a multi-million pound trial funded as a result. And numerous times, having benefited from working together on a PSP, charities have gone on to set up ongoing partnerships. This has been a sea-change in their organisations. Focusing on the shared goal of responding to patients’ and clinicians' priorities has enabled them to come together to work on projects that they couldn’t do alone.”

Once again, context is everything. What success means for different PSPs depends on their precise starting point. PSPs working in areas where the direction of future research is contested, have aimed to develop some consensus around priorities, and have sought to engage clinicians and researchers where there has been little interest to date. Some have yet to have any of their priority topics funded. In some ways, simply showing that research has been funded on the back of a PSP may be the least convincing evidence of impact. The researchers who took part in this evaluation reported that they were persuaded by the PSP to develop projects they were planning to do anyway. A key question is whether JLA PSPs have led to a change in research funders’ overall portfolios, a question that remains to be addressed.

Sally and Kristina conclude from their project, that while JLA PSPs have made a huge difference to many areas of health research, major cultural barriers still exist to JLA PSP priorities setting the agenda for some of the large, public funders of research. Patients, carers, clinicians, researchers and funders will all need to play a part in bringing about this change. JLA PSPs are helping to create a community with the skills and expertise to do this. They now need to come together to discuss and agree how to address the outstanding issues. This will be a topic for discussion at the next meeting of the JLA Advisory Group.