You are in:
Home/ News and Publications/ Reaching people with lived experience through a survey - lessons from the Occupational Therapy PSP
logincreate account 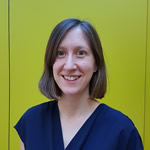 JLA PSPs use a survey to gather questions and comments from people who live with health conditions and the people who support and treat them.  As we, the PSP project team, prepared for our own first survey to open on 5 August 2019, we knew we wanted to hear from people with experience of accessing occupational therapy, their carers, occupational therapists and other professionals in the health and care sector.

Initial response to the survey

As the professional body for occupational therapy professionals in the UK, RCOT has over 33,000 members. Our first survey launch communication was a direct email to all RCOT members, and reflected one of our key messages, ‘What you think matters’. Within 48 hours of the survey launch and sending the email, the survey had over 200 completed responses. Only a handful of the initial responses were from people who were not occupational therapists. Without the same direct communication channels to people who have accessed occupational therapy services and their carers, we realised that we would need to work harder to secure their views.

We looked to our project partners who have crucial links with the people we wanted to hear from. Our partners include carers’ organisations, mental health charities and organisations that work with people affected by particular conditions such as stroke or visual impairment. To support them, we produced a guide containing suggested text for newsletters, websites and email communications, along with social media posts. Again messaging centered on ‘What you think matters’.

Supporting people to secure responses from others

We recognised that occupational therapists were our gateway to hearing from people who accessed their services. Once we had secured a significant number of responses from occupational therapists, we changed our messaging to RCOT members to emphasise the importance of their role in encouraging those they work with to complete the survey. We provided resources to support them, including informational flyers and posters. We also produced videos and a podcast episode which explained the importance of involving as many different people and experiences as possible in the Priority Setting Partnership.

We were aware that the online survey would not be an accessible format for everyone so we produced several different versions to broaden participation. We developed an easy-read version with our partner Communicate2U which sat alongside English and Welsh versions that could be downloaded and completed by hand. We also distributed hard copies of the survey at key events we attended, and posted the survey to key contacts who requested hard copies along with stamped addressed envelopes for returning the completed survey. For those securing responses through facilitated discussions, we produced a guide to encourage and enable the contribution of people who were unable or unlikely to otherwise take part.

As we monitored who was responding to the survey, we were conscious that we were hearing from proportionately fewer men, people aged over 65, and individuals who identify as black, Asian or from a minority ethnic group. In response, we connected with individuals and organisations who could help raise awareness of the Priority Setting Partnership among the populations we wanted to hear more from. We were also aware that communication activities needed to be complemented by other ways to encourage people to share their views. Facilitating opportunities through individuals that people trust is key. When our second survey launches in early 2020 we hope to build on the new connections we have made and our understanding of the importance of meeting with people face-to-face.

Outcome of the survey

When our first survey closed on 5 November 2019 we had almost 1,000 completed responses. The proportion of responses from people who have experience of accessing occupational therapy, their carers, and other professionals in the health and care sector had increased from 22% on 14 August to 40% on 5 November 2019.

If you would like to find out more about the Occupational Therapy Priority Setting Partnership, or want to get involved, please visit www.rcot.co.uk/otpsp or contact education.administrator@rcot.co.uk or 020 3141 6000.