You are in:
Home/ News and Publications/ PeolcPSP one year on: How to continue to address the research priorities post dissemination
logincreate account

PeolcPSP one year on: How to continue to address the research priorities post dissemination 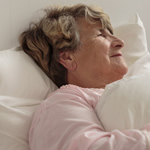 One year ago today, on the 15th January 2015, Marie Curie published the results of the Palliative and end of life care Priority Setting Partnership (PeolcPSP) at the Palliative and end of life Care Research Summit in London. This was only the beginning, and a lot has happened since the launch to start to address the priorities raised by people with terminal illnesses, their carers, friends and families.

The PeolcPSP identified the research priorities that are most important to the end users of palliative and end of life care research, receiving responses from carers, health care professionals in both palliative and social care and patients. It used the James Lind Alliance methodology, and consulted 1,403 people through an online survey. Of those who responded, 48% were healthcare professionals, 35% identified as bereaved carers, 13% as current carers and 4% were patients. Through analysis of the survey responses, a long-list of 83 unanswered research questions was compiled. These questions were later prioritised – first by a second survey which received 1,331 responses and created a short-list of 28 questions, and later through a prioritisation workshop which resulted in the formation of the top ten most important unanswered questions in palliative and end of life care.

Since the launch, the results of the PeolcPSP have been used in a variety of ways.

The All Ireland Institute of Hospice and Palliative Care (AIIHPC) arranged a local prioritisation workshop with the existing PeolcPSP longlist of 28 questions. This exercise identified their local top ten priorities for palliative care. As in the initial workshop, the top priority was improving ‘out of hours’ care including symptom management, counselling and advice, GP visits and 24 hour support for patients, carers and families. Six other priorities in the AIIHPC top ten also featured in the initial PeolcPSP top ten.

Since the PeolcPSP launch, some researchers have mapped their own work against the priorities. An example of this can be seen here.

We have also continued using the priorities in a couple of additional projects. The first has been our grant mapping project. The aim of this exercise is to understand visually the current research landscape in palliative and end of life care – highlighting the research questions that are currently being addressed and those where there is less or no attention/funding. To conduct the mapping project, we used the UKCRC’s Health Research Classification System database which was recently published. We are mapping the grants in this dataset for links between the abstracts and the priorities. This shows which of the priorities are addressed by current research and which have received comparatively less attention. We will publish the results later this year and they will help to guide future calls for research, and ultimately help to work towards answering the questions raised by the PeolcPSP.

In a second project, the Marie Curie Palliative Care Research Centre in Cardiff is working on reviewing the out of scope data from the PeolcPSP, with the first report due out this year. This has been made possible by some additional funding received from the Economic and Social Research Council (ESRC). This qualitative analysis is looking at the full responses in a more thematic way, and is enabling a deeper review of the responses.

Alongside this, in our largest research call to date, we have £1,425,000 of funds available for research which directly addresses any of the 83 research priorities. This call, in partnership with the Motor Neurone Disease Association and Chief Scientist Office in Scotland, highlights our commitment to addressing the priorities identified by people living with any terminal illness, their carers, friends and families. The details of the call can be seen here.