You are in:
Home/ News and Publications/ Electronic cigarettes: First time on a Priority Setting Partnership Group
logincreate account 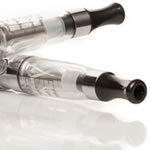 When I first got the invitation to join the Priority Setting Partnership (PSP) on electronic cigarettes, I had no idea what a PSP was or did, nor had I ever heard of the James Lind Alliance (JLA), the organisation that runs the PSPs.

However, because of what I do, I’m intensely interested in e-cigarettes as a means of stopping smoking and staying stopped, so I read on…

What an opportunity it has been! It’s early days yet, but already we have formed an interactive and lively group – academics, people with lived experience, researchers and practitioners. Our task? To find out what the public want to know about e-cigarettes and vaping.

We haven’t got long to road-test the survey, but the team at JLA (who told us at the first meeting about some of the other PSPs they’ve been working on - who knew all this public participation was going on in research circles?) have skilfully guided us through the early steps.

So in early 2019, we will launch the survey and sit back and wait for lots of replies. Long-term health effects? Useful for stopping smoking? Second-hand vapour? Improvements in asthma? If you have a burning question that you’d like to see included in the list of research priorities, do fill in the survey.

Then the real work will begin, sifting through the suggestions, and deciding which are the most crucial to answer. I’m confident that we have a well-balanced, engaged and knowledgeable group to tackle this task, and I’m proud to have been included.