You are in:
Home/ News and Publications/ Digital Technology for Mental Health: reaching out to people
logincreate account

Digital Technology for Mental Health: reaching out to people 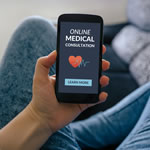 Digital Technology for Mental Health: reaching out to people

The Digital Technology for Mental Health JLA PSP used a variety of methods to gather uncertainties from all the types of people it thought it was important to hear from.  The PSP realised that using an online survey would not suit everyone.

The PSP therefore broadened its methods to enable people to submit their questions through face-to-face conversations with members of the Steering Group as well.  It was thought particularly important to reach people ‘offline’ in this way, as their questions about using digital technologies for mental health were likely to be different to those from people already confident with the online world.

The PSP also recognised that Twitter can be a useful platform for engaging communities in discussion and debate.  Given the focus of the PSP, it was likely that people who use social media regularly would have useful questions to contribute.  The PSP therefore decided to host a Tweet Chat as another alternative to the full online survey.

Face-to-face workshops would have been too costly for the PSP to run alone, so they partnered with existing groups and scheduled sessions as part of their programmes. Five workshops were arranged with: the People’s Forum in Leicester; the National Young People’s Mental Health Advisory Group in London; two Involvement Centres at Nottingham Healthcare NHS Foundation Trust; and the Black Thrive project, Southwell.

The PSP designed each workshop as a learning session around digital technology, as well as a data gathering exercise.  They also designed the session so that it could be run by any member of the Steering Group, avoiding JLA Adviser or Co-ordinator fees.

All the workshops resulted in engaging discussions around digital technology for mental health.  Participants fed back informally that they valued the opportunity to contribute.  Most participants reported lower confidence with digital technologies, highlighting that the workshops met the PSP’s goal of reaching people who might not have responded to the online survey.

The PSP, guided by their JLA Adviser, carefully considered the implications of using Twitter as a way of gathering uncertainties.  The PSP recognised that:

To address these issues, the PSP decided to use a one-hour Tweet Chat.  They partnered with @WeMHNurses, a Twitter community for health care professionals, who agreed to waive their charges on this occasion.  A Tweet Chat has the following specific features:

The PSP felt it had been worthwhile.  They observed an increase in survey responses in the week leading up to the Tweet Chat, which is likely attributable to the survey being promoted alongside promotion of the Tweet Chat.  28 people joined in the Tweet Chat, including 7 people with personal experience of mental health problems.  Conversations via the platform continued after the one-hour was up, and the PSP used ‘storify’ to capture these.

The PSP noted that limitations included having to manually copy and paste Twitter messages into their database.  They also highlighted the need to be clear about the consent process; while the background information on the PSP website had made it clear the Tweet Chat was part of the PSP, those participating on Twitter may not have seen this information.

Using this range of methods, whilst recognising the limitations of each, enabled the PSP to reach a wider range of people than if they had relied on the online survey alone.  Given the focus of this PSP on digital technologies, it was particularly important that people who are not confident or engaged with the online world were included, as well as those who engage more comfortably with social media.

Going beyond an online survey had both time and financial resource implications, both for the data gathering and for the subsequent analysis.  By being creative and reaching out to partners, the PSP was able to keep costs down and maximise participation.

The PSP launched its Top 10 priorities in August 2018.