You are in:
Home/ News and Publications/ Sharing the Top Ten research priorities for Pernicious Anaemia to set vital research in motion
logincreate account 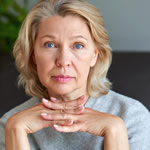 The JLA PSP workshop held to determine the Top Ten Priorities for research into Pernicious Anaemia, was the culmination of over a years’ work. The workshop was extremely successful, and the feedback received reflected that. What was significant about this PSP, and what sets it apart from many other JLA PSPs, was the extent to which the patients and the healthcare professionals had the shared experience of both having the condition: in this case, Pernicious Anaemia.

During the JLA PSP process and leading up to the workshop, I had already recruited the support of interested healthcare professionals from our established network of healthcare supporters, including physicians, nurses, academics and other health related professionals. I now wanted to share the Top Ten Priorities with as many of these colleagues as possible, but with COVID, and our colleagues being international, I had to think carefully about the best and safest way to do this.  I set about putting the wheels in motion for an online seminar.

The goal of the whole JLA PSP process was to identify the Pernicious Anaemia Top Ten Priorities, which we achieved.  We now wanted to publicise them to the widest possible audience of potential researchers, in the hope they would pick up on the challenges the uncertainties raised. In an online seminar, held on the day we published the Top Ten, potential researchers were invited to share their ideas and views on each unanswered question. This cross-fertilisation of ideas meant that there was also the chance of collaboration between different health and scientific disciplines. This could only be a good thing as the issues surrounding the diagnosis and treatment of Pernicious Anaemia are complex and involve bio-chemistry, medicine, psychology, pharmacology, gastroenterology and haematology.

Twenty-five researchers were able to attend on the day. For those who had sent their apologies, and for those who were not aware of the seminar, we recorded the whole event.  It lasted two hours, but most certainly could have lasted twice as long! Due to the enthusiasm of the attendees’ discussions, we only reached number seven out of the Top Ten before we ran out of time. It was fascinating and insightful to hear these eminent experts from around the world speak so passionately about the challenges of Pernicious Anaemia.

The online seminar was a great success and as a result, we have now formed three research teams which will be reviewing and investigating the following specific subject areas.

From the first survey alone, we had over 3,500 questions. Many, as you would expect, were similar and it took a lot of work for our data analyst to go through them and to categorise them all. The great thing about having so many questions is that it has given us a specific insight into what our members want to know. We will use these questions to produce a FAQs (frequently asked questions) sheet which will be available to our members on our website. We are very aware that good information is key when dealing with Pernicious Anaemia and hopefully, this resource will provide just that.

Identifying the Top Ten research priorities for Pernicious Anaemia was just the start. The Society is now concentrating on facilitating discussions within and between the three teams.  In doing so, we will be fulfilling the Patient and Public Involvement aspect of any funding applications. We will also distribute the full report widely, develop a paper for submission to a peer-reviewed journal and keep promoting the Top Ten via social media, the Pernicious Anaemia Society’s website and in conferences and other presentations.

We knew from the outset that the biggest concern of those with Pernicious Anaemia would be getting a timely and accurate diagnosis and individualised treatment. One size does not fit all. Going through the JLA process has given us the irrefutable evidence needed of what people’s concerns are and we will use this evidence not only for research and to provide support to our members, but also politically. We will be taking our case to politicians and to health boards etc, and we will tell them about the Top Ten priorities and the cost effectiveness of accurate diagnosis and individual treatment.

The Pernicious Anaemia Society would like to thank everyone who contributed through the surveys and took part in the workshops, the PSP Steering Group members and the James Lind Alliance, without whom this project would not have been possible.

Establishing the Top Ten Priorities has been a fantastic achievement and we are extremely grateful to all who have taken part in the JLA PSP process.