You are in:
Home/ News and Publications/ Research funding aimed at Mesothelioma PSP priorities
logincreate account 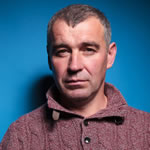 Every year 2,700 people are diagnosed with mesothelioma in the UK.  In December 2014 the James Lind Alliance Priority Setting Partnership in Mesothelioma announced the Top 10 priorities for future research, as agreed by patients, carers and health professionals.

“Mesothelioma robs people of their breath and devastates lives, which is why it’s vital that research is done which offers the greatest prospects of new treatments and better care for people living with mesothelioma in the UK.

The British Lung Foundation is determined to bring forward the day that no-one is left breathless from mesothelioma. From harnessing the immune system to target cancerous cells, to understanding the mechanisms that drive tumour growth, we are proud to be funding research which could make a huge difference in the fight against mesothelioma.”

One exciting example of research is a project looking at immunotherapy.  Immunotherapy enables your own immune system to fight the cancer by recognising markers on cells.  This has been successful in some mesothelioma cases, but it doesn't work for everyone. We don’t know why some people respond better to immunotherapy than others. More research is needed to understand why this happens – then researchers can develop new ways to identify who will benefit from immunotherapy and make it work for more people.

One of the challenges is that we don't currently have the best tools for studying immunotherapy for mesothelioma in the laboratory. Dr Zsuzsanna Tabi and her team are changing this. They've set out to make a new laboratory model of mesothelioma. This means that they're creating something in the lab which mimics and represents the components and structure of a mesothelioma tumour so that researchers can study and learn from it.

In the past, researchers focussed on studying mesothelioma cells alone, often growing them for years in the laboratory. But these limitations meant that analysis of mesothelioma tumours did not include the role that other cells – like blood vessels and structural cells – play in driving tumour formation and growth. This new model will overcome these limitations by creating a more realistic model of the inside of a mesothelioma tumour and test how it will react to new types of immunotherapy.

Using this new model in the lab, Dr Tabi and her team are able to observe what might be preventing immunotherapy from working in some people and understand why it works in others. The study can help us find out why our immune system is not always effective at fighting mesothelioma and how we can improve immunotherapy for this condition.

The research that the British Lung Foundation and Mesothelioma UK is funding is bringing us closer than ever to better care and treatment for people with mesothelioma.

Find out more about mesothelioma and the work that the British Lung Foundation does in this area.

Find out more about the JLA Priority Setting Partnership in Mesothelioma and the research funded as a result.