You are in:
Home/ News and Publications/ A week in the life of a JLA Adviser
logincreate account

A week in the life of a JLA Adviser 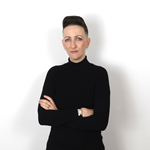 The challenge of writing about a week in the life of a JLA Adviser is that there is no typical week. I’ve therefore opened my diary and while it’s fresh in my mind, I’m going to describe last week.

To give you some context, I’m a freelance facilitator and I’ve been involved with the JLA since 2008. My JLA work makes up about 50 per cent of my overall workload. The first Priority Setting Partnership (PSP) that I chaired was the Schizophrenia PSP. Since then I’ve supported almost 40 in the UK and internationally. I’m currently working with 10 PSPs. Some are just getting started, others are near to completion. They are following the same framework, but have different infrastructures, budgets and challenges. Sometimes it can feel very busy with a lot of travel, and other times it’s quieter and desk-based. I enjoy the variety and like hopping from one task to another, fitting the various commitments around each other and around my non-JLA work.

The work is interesting, varied and enriching – both professionally and personally – and the best thing about it is the people. To me, it’s a real privilege to get to know a group of patients and clinicians, to learn about their world and to support them in their quest to improve lives by researching the right questions. It’s also great being part of a mutually supportive team, with the JLA secretariat and the other JLA Advisers, working together to develop and improve the JLA method.

So here’s a week in my JLA life that is neither typical nor non-typical!

I was at my desk all day in St Leonards-on-Sea, catching up on emails. In particular, I liaised with the coordinator of the Oral & Dental Health PSP, who was preparing a download of the results of the interim priority setting survey, and I gave feedback to the Heart Surgery PSP on slides for an upcoming meeting. Over the weekend I’d co-facilitated at another JLA Adviser’s priority setting workshop (for Paediatric Lower Limb Surgery) in Oxford so I appreciated a fairly quiet start to the week!

During the morning, I wrote up the report of the Oral & Dental Health PSP’s interim priority setting survey results for our Steering Group to review. I don’t always do these reports, but on this occasion we were working to a tight deadline so it was all hands on deck. A few emails went back and forth with other PSPs, arranging meetings, commenting on minutes, advising on process. Later in the afternoon I had a catch up via Skype with the coordinator of the Canadian Anaesthesia PSP who is based in Nova Scotia. We discussed timelines for the project and agreed items for the next Steering Group telecon.

Lots of emails had come in over night from Canada, so I replied to those, and then took part in a telecon briefing for a PSP on Broken Bones of the Upper Limb in people over 50. This is led by another JLA Adviser and I’m one of the co-facilitators at the final workshop in Oxford. I then did a bit of Tweeting about the launch of the latest version of the JLA Guidebook, which I had previously worked with the JLA team to update. After lunch I called the leads and coordinator for the Juvenile Idiopathic Arthritis PSP, which is based in the Netherlands. I don’t sit on the Steering Group, as the meetings are in Dutch, but I am supporting the process remotely, and have regular calls with the project team to see how things are going, to provide guidance and to ensure that the JLA principles are being upheld. They gave me an update on their last Steering Group meeting and we talked about their plans for their consultation, which will involve a survey for families and clinicians, and focus groups with children and young people. They had some great ideas for the dissemination of their eventual results, which I’m looking forward to sharing with other PSPs in the future. I then had a quick call with a patient rep on the Canadian Post Mastectomy Breast Reconstruction PSP Steering Group, to get some feedback on how the project is going. Final call of the day: chairing a Steering Group telecon for the Safe Care for Adults with Complex Health Needs PSP. Twelve members dialled in and our agenda covered a discussion about the results of the second survey, an update on recruitment to the forthcoming priority setting workshop and an agreement about plans for dissemination.

Today I was in Leicester at the Glenfield Hospital to chair a Steering Group meeting of the Heart Surgery PSP. We’d last met in person in January so it was nice to see everyone. The aim of this important meeting was to agree the long list of in-scope questions about heart surgery, which will be checked against the evidence base, with those that are unanswered put forward for prioritisation. Thanks to the brilliant data team, with support from the Steering Group over the past few months, a huge amount of work has gone into reading through and categorising over 1000 survey responses from patients, carers and clinicians, and then creating 84 summary questions out of them. We went through each summary question and examined how the original data had been interpreted, and discussed if the language was appropriate for an audience of patients and professionals. The group – a mix of patients, surgeons, nurses and other clinicians – did a fantastic job and what seemed like a gargantuan task was carried out efficiently, thoughtfully and with good humour. The coordinating team made sure we were well fed and watered throughout. My role was to ensure we completed the task and that no one voice or perspective dominated the decision-making. We then made plans for the prioritisation survey and agreed a format for that, drawing on lessons learned from the original consultation survey. After the meeting, one of the project team members and I drove into Leicester city centre to see a potential venue for the final priority setting workshop. The workshop has specific logistical requirements and it was helpful to have a chance to explain those to the venue manager. We were all happy with the plan and confirmed the booking for a workshop in July. I used the time on the train home to catch up on emails.

In the morning I reviewed and made comments on a paper that the Learning Difficulties PSP wants to publish. I then had a chat with one of the other JLA Advisers, to reflect on a recent workshop. Later in the afternoon I chaired an hour-long call with the Oral & Dental Health PSP Steering Group to sign off the results of their prioritisation survey. After some animated discussion, we signed off a shortlist of 25 questions to take to the final priority setting workshop. We then reviewed the recruitment of participants to the workshop and agreed actions to fill some of the gaps, thinking carefully about achieving a diversity of experience and perspective. My final call of the day was with a new Canadian PSP for Sudden Cardiac Arrest, which is based in Toronto. Our main agenda item was the survey. Sharing the screen, we went through a draft that the PSP lead had prepared, making comments and agreeing amendments to improve it. The next step will be to pilot it, which the Steering Group agreed to help do using their professional and patient networks. My final task was to send some examples of dissemination strategies and reports to a couple of PSPs that are starting to plan the post-prioritisation phase of their work.